Although I can’t say I have ever heard of Anita Bride, it was quite interesting learning about the actual roles and the support staff involved with the our First Ladies of the White House.

Anita McBride was the Assistant to George W. Bush (wonder what kind of weird stuff she was asked to do) and was the Chief of Staff to First Lady Laura Bush.

Most of the work she was involved with was education, global literacy, women’s rights and developing the youth of our nation

Being on televion was once again cool, although I do believe the old rumor of the lens adding 10 pounds har har har.

I didn’t really have any good questions for Mrs. Bride, but it was cool to talk to somebody who was this close to the W during his term as US President.

I wonder if she is still getting job offers?

Women might actually be the people who run the White House. 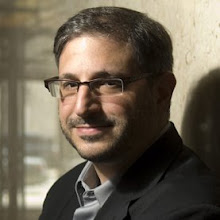 Challange…. a lot of people when they get to work, they dont check out the website.

Its hard enough to write a story for tomorrow news paper… its even harder to write that same story AND write something that is happening tomorrow.

Twitter is a much faster medium to get information.

COVER THE BREAKING NEWS AND BREAK IT IN WHATEVER PLATFORM 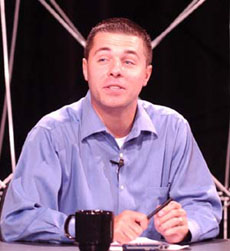 This is pretty rad.

He is a fellow grad from mason and covered high school sports after that.

How will you differentiate yourself from the people next to you?

Give them something they need! He started a video production company and started hooking it up.

Make your audience part of it. Make them interact.

Take every and any opportunity you can do.

Mac books are the bomb. Duh….

Use exisitng information to help get your story together.

use readers to help fuel your ideas for stories.

baristanet.com and other hypernet worlds are capable of making money, and are run by the community.

And they won’t make it…

TBD is something that is working existing stuff and highligting somethign that already exist. CROWD SOURCING BABY!

People can be more subjective while being an audience member

Community information for people who live in that community.

Do it for the money! Dolla dolla billz yall!

but for real man, wikileaks IS JOURNALISM

and the government is messin with the first amendment.

newsmap is a good new way to show news.

Using the sources that you can rely on, people can tell their own story and be their own witnesses. “Know your sources before things start” He knew most of the bloggers in Egypt before the chaos.

How did he get contacted by the group?

what tools must we have in our journalism skill “case”?

Major diff between when he was at school and now is that he had to work hard to get internships and build up your clipfile. The other thing is that you will land that first job if you take the initive now, start doing multimedia story telling. Have it ready and start practicing for what employers are looking for.

He also summed it up that basically need another Iphone 4… still bummed someone stole mine!

Storify can be useful, but make sure you add context. VERY IMPORTANT

Role of SM in today’s society:

“this is the asian century”

STEVE BUTTRY gave us some free swag, not too shabby.

He also told us to count the amount of media uses for the bridge collapse in Minneapolis. It was very intersting to see how you can creativly create an intro that captivates your audience and do it without video… an emoke a very surreal emotion. It was an incredibly interactive page.

With todays innovative opportunities…. its amazing how many different ways you can report a story… but letting the audience choose their “poison”.

THIS is super sick as well, once again social media trumps all. People can write stories… but people can spread them much easier.

“Always be Curious, if a question occurs to you ask it”

Posted on March 10, 2011 by blewis9
Posted in Uncategorized | Leave a comment

Building a Digital Audience for News

The fundamentals for this are the following:

-Use effective headlining for the web

-Distribute through the social media

You should always track what you publish and set benchmarks. It’s so easy to see your stats nowadays it makes sense that you can utilize this and try to increase those numbers. You could even make some cash!

You should also use SEO to grow your audience and USE THESE FEATURES:

LINKING IS YOUR BEST FRIEND! (just do it in another page)

make sure ^ that makes sense!

Do this all well and you could make cash (and work from home!!!!)

Managing News as a Conversation

First of all, I find this book really hard to keep open when trying to reference to it. Other than that though, lets talk about this chapter.

This chapter goes into about how journalist do three things;

1. Participate in the conversation without sacrificing their objectivity or credibility

2. Using legal and ethical issues now that everyone can publish anything they want on a professional news site.

3. Wanting the audience to participate, but they refuse to.

It’s important to always try to initiate your audience and the conversation.

The book says to converse through comments. Now I doubt most popular bloggers could actually go through and respond to each and every comment. But if done appropriately it could really make your audience feel a connection with you.

Using social network can really help start conversations and keep your readers involved too. Most online journalist keep a twitter or something like that nature to CONSTANTLY keep their readers updated on stuff. For example, John Watson (prollyisnotprobably.com) at the national hand made bicycle show kept twitter updates constantly while he was there, so his readers could come back and read/reply whenever.

The benefits to news as a conversation are many according to the book, by providing transparency on the reporting process, enabling an immediate feedback loop, and by spreading awareness of news coverage through word-of-mouth marketing you can make your online writing easier to sell.

On February the 17th myself and 14 other lucky class members had the pleasure in participating in a video “Distant Learning” conference with George Allen, a US politician, who is running for Senate again. At first I was a bit nervous to be on the air with such an influential figure, but after getting seated and having our professor Steve Klein assure us how cool this was going to be, my nervousness turned to excitement.

Once the red light turned on I understood the excitement my teacher shared for this opportunity. It was really cool to be able to be in on a C-SPAN discussion with such a prominent US politician.

Some questions we had in  preparation for the broadcast were  good and were very relevant to his upcoming senate race.

1. What have you learned from your past campaigns?

2. What are you doing for college tuition?

3. What are you doing social media related for your campaign?

Here were his responses and comments made during the discussion.

– George Allen plans to make college tuition more affordable by freezing the prices and making it easier to get loans. He plans to use a lot of convincing to end high economic spending and start saving for our communities.

– Allen made a lot of references to his book… which shows his marketing skills too, even if he doesn’t win the office, he sure can make some cash off his book for sure. He did make a lot of great points though in reference to sports; a defensive plays wins championships and that we do not need anymore “arm chair” quarterbacks.

– He is now using a lot of social media to help run his campaign. By initiating a high-tech task force, he is showing his support of technology in this day. He is utilizing new media such as Facebook, twitter, and other media forms to help promote his run for senate.

– He plans to spread democracy through four different methods

2. Equal rights for both sex

4. To uphold the Rule of Law

While I do think this is a good idea, its hard to imagine “every” country to be able to follow the same type of democracy that we have always used. Different cultures need different leadership.

-George Aleen also plans on upgrading school by 20 percent with less tax payers money. He didn’t say how we was going to do this… but I wonder what his method will be.

My favorite quote from the experience… most deffinitly had to be the following one;

“If the french can do it…. so can the Americans”

hahhahah, I got a chuckle from that.